Sixth Man
Shut your five hole.
This Close to Being a Teamster

Yesterday I got to drive a 13' tall, deisel chugging, lumbering Budget rent-a-truck to run an errand for work. The largest truck listed on Budget's website shows a 12' 2" high, 24' long truck... but I think this thing was even larger than that. Anything larger would probably require a CDL.

I'm most proud of the fact that I was able to back this monstrosity to a loading dock without having to shimmy the truck back and forth to line it up just right. I had it straight on the loading dock every time.

Posted by Austin at 10:38 AM
The first sign of the apocalypse 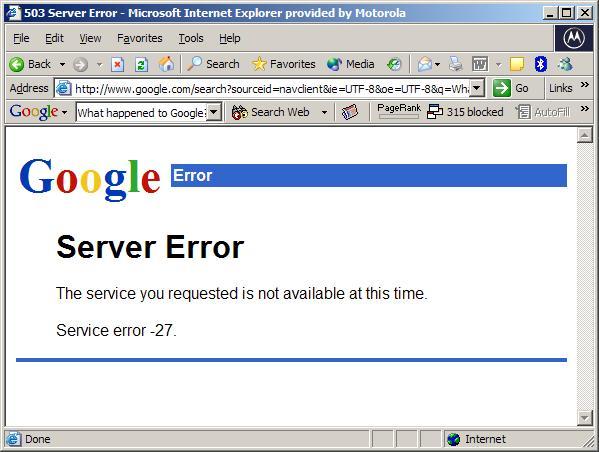 Not too much blog-able stuff going on in my life, recently. I've tried to think of things to blog about, but things have been a little dull over the past few weeks. Here's the highlight reel...

- My Dad had brain surgery last week for Meniere's Disease. He's doing okay, besides being deaf in one ear. We'll know in a few months if his hearing will ever improve.

- Playing lots of hockey. Starting a league next week. Having fun.

- I've spent two days out of the past 4 weeks at my office. The rest has been spent in a dark and dreary building running and overseeing testing on the product I'm helping design at work. Just spent the past 2 days cleaning up a big ugly mess that wasn't my fault but I was the only one who could get things back on track.

- The Bride and I went to a Renaissance festival yesterday. Lots of fun, very good shows, and good food! The coolest part was an improv comedy sketch and running into a good work friend of mine all dressed up in costume. The weirdest part was the Shrimp Tempura food shack.

I should do some video posts. That may make things a little more interesting. :-)

Posted by Austin at 05:23 PM
The ducks made her tip

Kayaking and camping was an absolute blast. The Kishwaukee was a great river, and with all of the extra rain it was flowing a lot faster than usual - We made a 5-hour trip in four! We even made a few stops for lunch and campfire sticks.

The highlight of the trip was when Janine went for a little unintentional swim, but she'll be able to tell that story much better than I. She said that the ducks broke her concentration, but I saw no ducks.

Camping was great, too! We stayed at a definitive grampground - I counted about four tents total, including ours - and were able to pitch the tent and start a roaring fire pretty easilly. We used our river sticks to cook two pristine ribeye steaks, with corn and fire-baked potatoes rounding out the meal. From then until bedtime it was just us, a finicky fire, and a 'case' of brew to keep us company. (Mental Note - Bud Light is as potent as water)

We woke up this morning, made the campground-staple of Spambled eggs, and then packed up and came back home. With the river only two hours away the overnight stay at the campground wasn't necessary, but it rounded out the whole tirp very nicely and gave us a chance to break in some of the new gear that's been sitting idle for the past eleven months.

I ended up planning all of this within the past 4 days, but tomorrow morning Janine and I will be loading up the car with camping gear and the kayaks and heading out for a weekend of kayaking and camping fantasticalness!

We'll be heading toward central Illinois (specifically the Rockford area) to paddle on the Kishwaukee river tomorrow afternoon. It looks like we'll have a good 14 mile trip on our hands. After that we'll spend the night at a gramp-ground (It's more of a motorhome and trailer park, but all we need is space for the tents and a good ol' fire ring) right on the river itself. It'll be a short trip, but it's the first time that we'll be able to put all of our new camping stuff to good use!

As I type this, a nice clap of thunder rolls through the air. This weather should be out of the area by the time we hit the river tomorrow. I'll keep my fingers crossed.

Posted by Austin at 10:07 PM
Damn this testing!

On a bea-U-tiful day such as this, it should be a crime to have to stay in a 5' x 8' metal room... inside of a building with no windows.