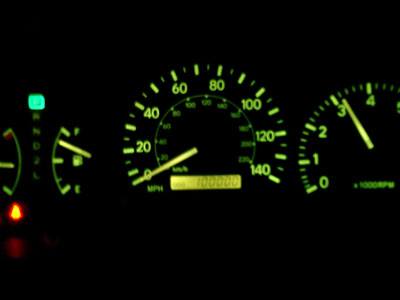 Li'l Blue is now an official member of the Six-Figure Club. Woo Woo!!!

That's a good question. I want to hear the answer to that too.

He put it in neutral and revved the engine. I heard him in the garage from upstairs, and thought he was about to do a neutral slam through the garage door.

I'm just impressed you were able to pull in the garage with exactly 100k miles the odometer.

Well, I did have to drive around the block once or twice to get it to turn, but it was worth it!!!

You're not really a true member of this family until you have backed THROUGH the garage door! It makes a great "bang!"